OBESITY AND DEPRESSION
OR
ANTIDEPRESSANTS AND BIRTH DEFECTS
WHICH IS A BIGGER DEAL? 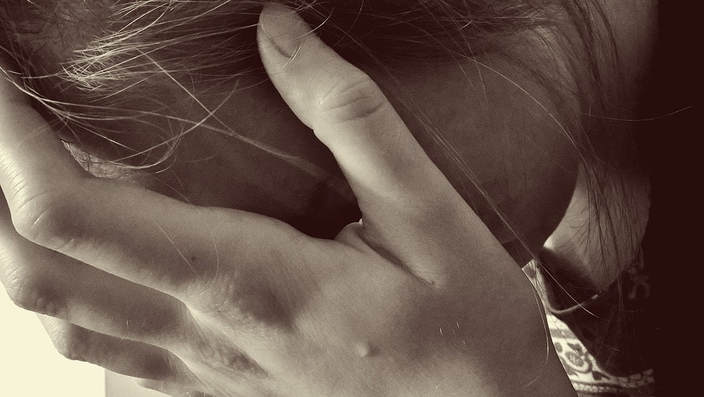 “Nearly every antipsychotic has been reported to cause weight gain. Although comparison is limited by the different designs and recruitment procedures of reviewed studies, a MEDLINE search from 1966 to 2009 showed.  Currently prescribed psychotropic drugs may cause anywhere between 4 and 37 pounds of weight gain over the course of clinical treatment, according to a 2011 review article from SUNY Upstate Medical University researchers.”  The first sentence is taken from the January 2011 issue of the Journal of Obesity (Weight Gain, Obesity, and Psychotropic Prescribing), while the second is from a January 13, 2013 article about the study (How Antidepressants And Antipsychotics Cause Weight Gain) by Roxanne Palmer writing for the International Business Times

“Medical literature published in English between 1980 and June 2015 was electronically searched to identify all articles reporting an increased prevalence of birth defects associated with prenatal SSRI exposure.  Expert opinion: The only recurrent pattern of congenital anomalies associated with antenatal SSRI exposure is heart defects.”  From the July, 2015 issue of Expert Opinions in Drug Metabolism and Toxicology (Early Pregnancy Exposure to Selective Serotonin Reuptake Inhibitors, Risks of Major Structural Malformations…..).  Stick around to find out why according to a brand new study, this brand new study should not be trusted.  You’ll soon see that SSRI antidepressants are associated with far more birth defects than those of the heart.

According to a brand new article for the Psychiatric Times (Cutting the Fat; Obesity and Depression), author Dr. Yedishtra Naidoo summarized a speech delivered to the annual meeting of the American Psychiatric Association by Dr. Julio Licinio, MD / Ph.D, by saying that…..

“Epidemiological studies suggest that depression can cause obesity and vice versa (the interaction between obesity and depression is bidirectional).  Antidepressants can result in weight gain and are the second most sold drug category in the US.  Depression and obesity are expensive: they cost the US government $210 billion and $147 billion a year.”

I was both surprised and excited to see that Dr. Licinio actually discussed the common denominator of these two problems —- INFLAMMATION.  You see; Inflammation is not what you think it is (click to link and see the numerous diseases it is associated with).  Dr. Naidoo goes on to say that (I’m cherry-picking for the sake of time and space)…..

I’ve dealt with this problem in the past.  If you are not sure what EPIGENETIC FACTORS are, make sure to click the link — it’s a big deal that affects virtually every health problem imaginable.   Not surprisingly, antidepressants cause a host of other problems as well — the most well-known of which is SEXUAL DYSFUNCTION (OBESITY also causes Sexual Dysfunction — HERE).    If you remember, it was only a few short weeks ago I showed you how you another side-effect of this commonly-prescribed class of drug — they cause fractures (HERE).  And now this.

This month’s issue of the British Medical Journal published a study (Specific SSRIs and Birth Defects…) that was done by the Centers for Disease Control in Atlanta.  The conclusions were that, “Some birth defects occur 2 – 3.5 times more frequently among the infants of women treated with paroxetine or fluoxetine early in pregnancy.”  A few problems right off the get go.  Firstly, “early” in pregnancy is the time when women often have not realized they are pregnant, thus they unknowingly take the harmful drugs.  Secondly, these two drugs are common as you’ll see by their trademarked names; Paxil and Prozac.  Thirdly, when you see this list, you’ll notice that while certainly prominent, heart defects are far from the only birth defects associated with antidepressants.

Here’s what’s funny about this study (not funny as in funny ha-ha, but funny as in sick and twisted).  The medical media outlets have been SPINNING this study in attempt to dampen the blow.  Take, for instance, the title of the recent MedPage Today article by Molly Walker (Antidepressant Birth Defect Risk Limited to Paxil and Prozac: Researchers say Other SSRIs are Safe).  Before buying what she’s selling Carte Blanche, ask yourself a simple question; why was this study done in the first place?  It’s because if you go to PubMed and start looking at similar studies over the past four or five decades, you’ll find that this problem (antidepressants causing birth defects) is nothing new.  And as is always the case, we know from peer-review that reactions to DRUGS and VACCINES are under-reported by somewhere between 90 and 99% (HERE).   As for her assertion that, “other SSRIs are safe,” take a look at what a commenter on Walker’s article wrote.

“Researchers say other SSRIs are safe.” That’s what they said about fluox and parox 15 years ago. Please. The molecular formations and mechanisms of action of all SSRIs and SSRI / SNRIs are very similar. (Study Dr. Steve Stahl’s widely accepted work, if nothing else.) Let us wake up from the consensus trance of our mindless trust in pretty much anything cranked out by a Big Pharma with so much profit-propelled political power.  – Dr. R.G., Psy.D., MSCCP, CADC“

Not only is that a powerful statement, I talk about it on my site OVER, and OVER, and OVER AGAIN.  With hundreds of billions of dollars at stake, Big Pharma can’t be trusted.  It’s up to you to take control of your health.  And here is the doubly cool thing.  According to Arnold Schwarzenegger’s character (“Dutch”) in the 1987 movie Predator, if it bleeds, it can be killed.  Both these problems (Obesity and Depression) bleed the same color.  In other words, because they are both caused by Inflammation, you can kill two birds with one stone simply by dealing with the body’s underlying INFLAMMATION.  Interested in learning how? Take a look at THIS POST (make absolutely sure to focus on the GUT HEALTH section).

Dr. Schierling is licensed chiropractor and world-renowned for intervention with persistent chronic pain. Dr. Schierling focuses on a holistic approach to helping end his patients’ chronic pain that includes Scar Tissue Remodeling Therapy.
All Posts »
PrevPreviousyet another study on the dangers of hpv
Nextadhesed fascia, fibrosis, stretching, and chronic painNext