you look sick after losing all that weight 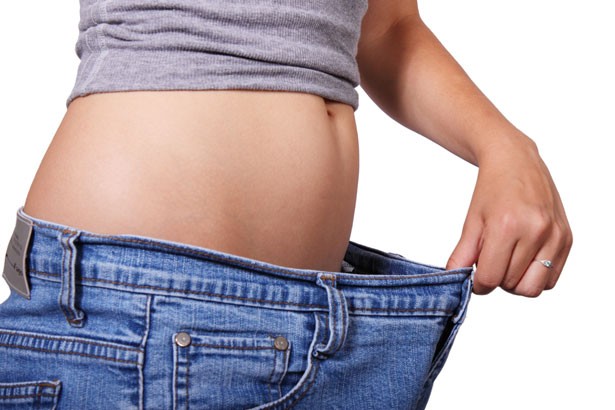 Petr Kratochvil
According to the most recent CDC statistics, Americans are once again larger than they were last year.  Nearly 70% of American adults are overweight, with over 35% being considered “OBESE“. And when you throw in the people who are Metabolically Obese, Normal Weight (“SKINNY FAT“), you can see how big a problem this really is (no pun intended).  If you want to know whether or not you are ‘officially’ normal weight, overweight, or obese, all you need to do is look at a BMI Chart; a simple device that allows you to plug in your height and weight in order to see where you fall on the scale.  Or you could simply use THIS HANDY DANDY ONLINE CALCULATOR.
Although BMI Charts are not the be-all-end-all, for the average person, it will at least get you in the ballpark.  If you are an athlete or weightlifter, you are likely to show a bit heavy.   I have always believed that the best way to tell what’s going on with your weight is to look at a picture of yourself in a swimsuit or in your underwear (pictures don’t lie like mirrors can).  In fact, I just saw a pic taken of my kids and I at the river and realized that I am getting a bit softer around the middle than I like (or realized).  I figure I need to take off about 10 lbs.

But what if you were that person who needs to take off a bit more weight —- like, say about 165 lbs?  That’s exactly what “Roger” did a few years back.  At a height of 5’9″ Roger realized that 330 lbs was not healthy.  After hitting rock bottom, he said enough is enough, formulated a plan, and got down to work.  He cut SODAS.  He changed his diet.  He started walking — a lot.  And over the course of three years, he dropped about 165, getting down to under 170 lbs (sort of like TRACEY).  Fantastic, isn’t it?  Not everyone seemed to think so.

Roger told me the other day that he never once had a friend or relative (overweight or not) tell him that he looked unhealthy when he was twice his normal size.  However, once he lost the weight, he started hearing the comments —- “Gee Roger; you look (sick / gaunt / unhealthy / emaciated / add your own adjective here) since you’ve lost all that weight“.  It’s not a novel phenomenon.

I have not only seen it in any number of patients, I have experienced it myself.   About 17 or 18 years ago, after seeing a pic of myself at the river, I got serious about a LOWER CARB APPROACH to eating and once again got serious about STRENGTH TRAINING.  It wasn’t long before people were asking me what was wrong.  “﻿Doc; your face is so shrunken.  Are you sick?﻿”  The truth is, America has become a nation of such physically large people that our view of what’s “normal” has gotten out of whack — way out of whack.  And that doesn’t even touch the issue of ‘sabotage’.

When a person begins to lose weight, it is oftentimes (usually) their closest friends or even their family that will either purposefully or inadvertently sabotage their endeavors.  It could be anything from a snide comment or a snarky remark.  Or it might be something said about the way you look — or the fact that you FELL OFF THE WAGON.  The truth is, there are any number of ways this happens.

It is important for you to understand that in many cases, instead of using your success as MOTIVATION, those closest to you will see it as accentuating their failure(s).  It’s important for you to do whatever you have to do to not let others influence you negatively.  By the way Roger, I think what you have done is absolutely amazing!  If I were part of the younger generation, I might tell you that you look “sick” (as in phat) after losing all that weight.

Dr. Schierling is licensed chiropractor and world-renowned for intervention with persistent chronic pain. Dr. Schierling focuses on a holistic approach to helping end his patients’ chronic pain that includes Scar Tissue Remodeling Therapy.
All Posts »
PrevPreviousvaccines and your microbiome
Nextpart of my site is not working properlyNext