dietary fat -vs- dietary carbohydrate: the new yorker clears up (or maybe muddies) the debate

THE BIGGEST CULPRIT IN CHRONIC ILLNESS AND OBESITY?
DIETARY FAT -vs- DIETARY CARBS 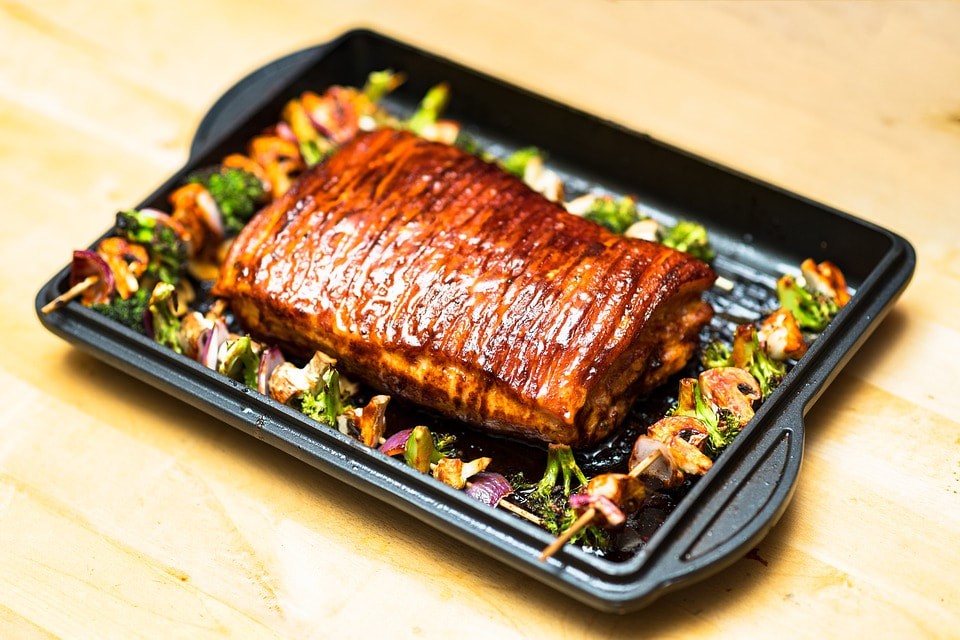 Jerome Groopman writes for the New Yorker.  He also happens to, “hold the Dina and Raphael Recanati Chair of Medicine at the Harvard Medical School and is the chief of experimental medicine at the Beth Israel Deaconess Medical Center…. and has published more than a hundred and eighty research articles.  His research has focused on the basic mechanisms of cancer and AIDS.”  In other words, he’s way smarter than you or I will ever hope to be. I bring this up to discuss his recent article Is Fat Killing You or is Sugar? What We Do and Don’t Know About Dietary Science.

If there’s one thing that we know for sure about the field of nutrition, it’s that there are any number of camps that they often disagree with each other — often times radically.  For instance, there are still those out there like Pritikin, Ornish, McDougal, Furhman, and others promoting a high carb / high starch diet, with limited or no animal-based foods.  Much of Groopman’s article is aimed at people in the other camp — the camp that says a GRAIN-BASED DIET that’s heavy in sugars (or at least heavy in high glycemic-index / glycemic-load starches) is the root of our epidemic of PRE-DIABETES, DIABETES, and OBESITY. Although I am not going to deal with the whole article, I am going to touch on some high points.

We see right away that Dr. Groopman is interested in this topic because it hits close to home. His family heard the message of DR. ANCEL KEYS in the “early ninteen-sixties,” buying in to the ‘WAR ON FAT‘ and radically changing their diets, converting to the low fat lifestyle (the ‘FAT FREE‘ lifestyle would come later, in the late 1980’s).  Despite his father’s best and strictest efforts, he died of a heart attack in his mid fifties.  After invoking the seemingly unlimited powers of GENETICS concerning his personal cholesterol levels, Groopman tied these events together by extolling the virtues of STATINS. The following is the first of the three points I want to make about Groopman’s article.

“…cigarette smoke contains carcinogens, molecules that have been shown to directly transform normal cells into malignant ones by disrupting their DNA. There’s no equivalent when it comes to sugar. Taubes surmises a causal link by citing findings that cancer cells need glucose to thrive, and absorb more of it than other cells. But this proves nothing: malignant cells consume in abundance not only carbohydrates like glucose and fructose but other nutrients, like vitamins. To imagine that, just because cancer cells like glucose, elevated levels of it might prompt healthy cells to become cancerous is to take a vast, unsubstantiated leap.”

Dr. Groopman’s article makes a lot of good points and shows that he is committed to the “Best Evidence” as found in peer-review.  While I am a huge fan of peer-review (my site literally discusses thousands of studies), I also am aware of just how financially conflicted so much of the biomedical research can be —  particularly when it comes to Big Pharma (HERE).  My point here, is not to sell you something (i.e. NUTRITIONAL SUPPLEMENTS).  My point is to give you some information that might just help you help yourself.  If you are struggling with chronic conditions of various sorts, THIS POST might be right up your alley.

Dr. Schierling is licensed chiropractor and world-renowned for intervention with persistent chronic pain. Dr. Schierling focuses on a holistic approach to helping end his patients’ chronic pain that includes Scar Tissue Remodeling Therapy.
All Posts »
PrevPreviousscientific paleo: why i recommend the paleo diet (or similar) to most people with chronic conditions
Nextwhat is lower crossed syndrome?Next