hypertension: still another reason to cut back on dietary sugar 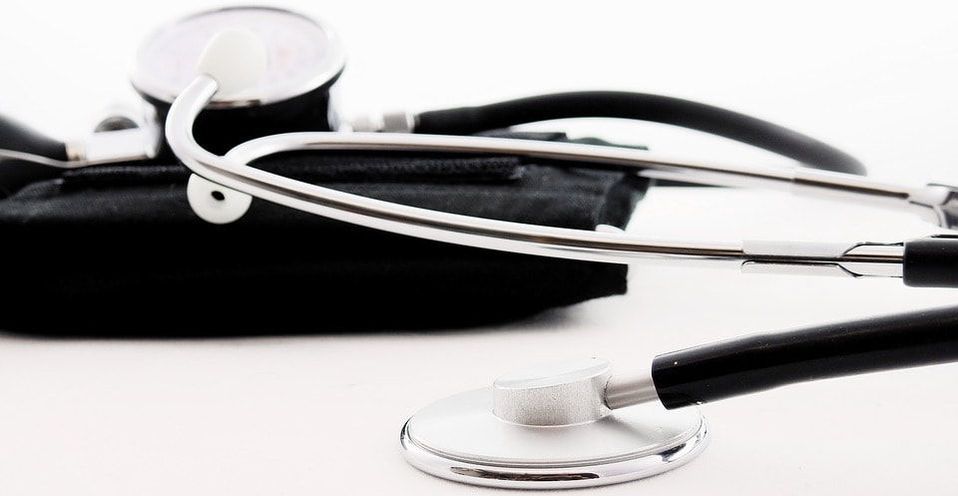 Bruno Glätsch – Bühlertann/Deutschland – Pixabay
“For years we have been told that dietary salt was one of the main causes of high blood pressure, as well as a significantly increased chance of heart attack, stroke, and congestive heart failure.  Put that thought to rest because Dr Staessen’s team showed that lower salt intake was not only not good for you, it was actually associated with a higher incidence of cardiovascular disease and death.  In fact, his teams’ research showed that the lower the dietary salt intake, the better your chances of morbidity (sickness) and / or mortality (death)!”  – Dr. Russell Schierling from my September 2011 post called Low Salt / No Salt is Bad for Your Health.  The link can be found below.
The October 2014 edition of the medical journal Open Heart (British Medical Journal) published a study called The Wrong White Crystals: Not Salt but Sugar as Etiological in Hypertension and Cardiometabolic Disease.  The title is a mouthful, but their message is crystal (no pun intended) clear; sugar is a bigger factor in heart disease than salt — and it’s not even close.  We should intuitively realize that this is a no-brainer — after all, our ancestors ate copious amounts of salt (they used it as a preservative), and heart disease as we know it was virtually nonexistent.  But rather than postulate, let’s take a look at what the experts — Drs. James DiNicolantonio (a cardiovascular scientist and pharmacist from right here in Missouri) and Sean Lucan (an Ivy League educated physician at the Albert Einstein College of Medicine in New York) — have to say.

The paper starts out by telling us that HIGH BLOOD PRESSURE (aka Hypertension) is the, “most important risk factor,” in Heart Disease as well as being, “the leading cause of premature mortality in the developed world“.  In other words, Heart Disease in all its various forms is bad news.  This is why our government is so focused on controlling Hypertension.  What is the chief way they’ve gone about this?  They have repeatedly told us to eliminate as much sodium as possible from our diets.  Because table salt is sodium chloride (NaCl), these recommendations often come out not as “cut back on sodium,” but instead, “cut back on salt“.  In fact, the abstract of the paper we are discussing tells us that, “Controlling hypertension is a major focus of public health initiatives, and dietary approaches have historically focused on sodium.”  But why is this approach completely bass ackwards?

Over the decades, we have learned that when it comes to dietary recommendations, the organization that you had better question the most is our government.  As long as I can remember, they’ve given out terrible dietary advice such as….

I could go on, but you get the point — that we simply cannot trust our government to take care of us in any form or fashion — particularly when it comes to any sort of recommendations pertaining to our collective diets.  To see what I mean, click on the previous link and take a look at what their “sample breakfast” looks like.  But I regress.  The authors then reveal that, “While the potential benefits of sodium-reduction strategies are debatable, one fact about which there is little debate is that the predominant sources of sodium in the diet are industrially processed foods.”   You should glean two tidbits of information from this sentence.  Firstly that sodium comes mostly from processed foods (mostly in the form of MSG).  And secondly, that there is a debate raging within in the scientific community whether or not SALT RESTRICTION is beneficial for controlling Hypertension (HERE is a post that reveals why).

So; if salt is not the problem that these prominent physicians claim, it begs the question of what is the problem?  That’s easy.  It’s exactly what I have been telling you it is for the better part of the past two decades.  Sugar.  It should come as no surprise to learn that LIVING THE HIGH CARB LIFESTYLE will take you places you don’t want to go.  Sugar and high-glycemic index carbohydrates are not only MORE ADDICTIVE than hard drugs, but they can destroy your health in a myriad of ways.  The fact is, sugar is not only intimately tied to OBESITY and DYSBIOSIS, but it is being linked back to almost every health problem under the sun.  Let’s see if the authors agree.  “Evidence from epidemiological studies and experimental trials in animals and humans suggests that added sugars, particularly fructose, may increase blood pressure and blood pressure variability, increase heart rate and myocardial oxygen demand, and contribute to inflammation, insulin resistance and broader metabolic dysfunction.”  Of course they agree!

In fact, they go on to say that, “the arguments in this review are that the benefits of such recommendations [cutting out processed foods] might have less to do with sodium—minimally related to blood pressure and perhaps even inversely related to cardiovascular risk—and more to do with highly-refined carbohydrates. It is time for guideline committees to shift focus away from salt and focus greater attention to the likely more-consequential food additive: sugar.”  Stop for a moment.  Did you see the words, “inversely related“?  They are speaking about the single largest study ever done on salt, which concluded that the people who consumed the least salt, had the highest rates of morbidity and mortality (sickness and death).  Go back two paragraphs and click on the two links at the end to see what I’m talking about.

In a recent article written for Yahoo Health (Why We Might Want To Worry More About Sugar Than Salt For Heart Health), author Rachel Grumman Bender sums the whole thing up nicely.  “According to the study researchers, recent estimates suggest Americans consume anywhere from 77 to 152 pounds of sugar per year. That’s the equivalent of eating 24 to 47 teaspoons of added sugar per day, on average. Other research shows that teens ages 14 to 18 take in even more than that, with added sugars making up 52 percent of their total daily calories.  All of this added sugar is wreaking havoc on our health. The minute the body starts breaking down added sugar, a whole host of problems begin.“  Add another crazy stat to this; I saw recently where teens and those in their early 20’s get the majority of their calories from SODA.

I have suggested to you that everything — including GUT HEALTH and controlling INFLAMMATION — is directly related to controlling your consumption of sugar and simple carbs (HERE is a post I wrote on the subject).   The authors reveal this truth in THEIR PAPER.  If you want to get your life and health back, it will never happen as long as you are consuming mass quantities of sugar — particularly as they mention —- fructose (HFCS — High Fructose Corn Syrup).  If you will simply start looking at the links I provide you in this short post, you will quickly realize how true this is.

Before I go, I need to mention one more thing.  Yes, the authors talk about all the problems with BLOOD SUGAR REGULATION and its relationship to Hypertension, but what about SYMPATHETIC DOMINANCE?  Listen to what they reveal.  “Those who consume 25% or more calories from added sugar have an almost threefold increased risk of death due to cardiovascular disease.  Fructose has been shown to stimulate sympathetic tone directly, and indirectly by inciting insulin resistance and hyperinsulinaemia.”  Folks, in case you were not aware, Sympathetic Dominance is serious stuff.  Add it to blood sugar dysregulation and you have a true nightmare on your hands.  If you are looking to break the chains of chronic illness, obesity, and fatigue, start with THIS SERIES of posts.

Dr. Schierling is licensed chiropractor and world-renowned for intervention with persistent chronic pain. Dr. Schierling focuses on a holistic approach to helping end his patients’ chronic pain that includes Scar Tissue Remodeling Therapy.
All Posts »
PrevPreviouswhy probiotics can’t compete with fmt
Nextcure your back pain without drugs or surgeryNext