more on our government’s war on dietary fat

YET ANOTHER REASON TO BE LEERY OF
GOVERNMENTAL DIETARY RECOMMENDATIONS 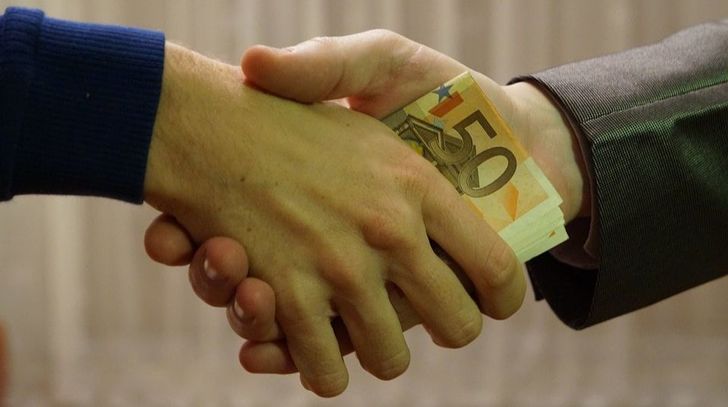 janeb13 – Pixabay
“The scientific committee advising the US government has not used standard methods for most of its analyses and instead relies heavily on systematic reviews from professional bodies such as the American Heart Association and the American College of Cardiology, which are heavily supported by food and drug companies. The committee members, who are not required to list their potential conflicts of interest, also conducted ad hoc reviews of the literature, without defining criteria for identifying or evaluating studies.“  From the study discussed below

“Medical Guidelines are tough to trust because all too often they are all about the money.  Always proceed with caution.”  Dr. Russell Schierling

Just one short year ago, Time Magazine boldly declared that our government’s ‘War on Dietary Fat’ was finally over (HERE).  More recently I showed you the huge meta-analysis that revealed saturated fat is not the culprit in disease processes and weight gain (HERE).   Unfortunately, the more things change, the more they stay the same.  It really is difficult to teach an old dog a new trick — especially if that dog is making a living off of doing the same old trick over and over and over again.

Day after day after day in my clinic, I treat and talk to patients who have been under the care of a cardiologist.  I always make it a point to ask them about diet recommendations.  Unfortunately for the patients, you’ll almost always find the physicians making similar recommendations to what they would have made to their patients twenty five years ago.   The biggest of these — I heard it again for the ten thousandth time just yesterday —- is to avoid dietary fat (particularly saturated or animal fats), RED MEAT, SALT, EGGS, etc.  Enter Nina Teicholz.

Teicholz is a biologist / journalist (Stanford, Yale, Oxford) who is a regular contributor to any number of big-name publications, as well as being a reporter for NPR and on staff at Columbia University.  Teicholz is also the author of last year’s runaway best seller, The Big Fat Surprise.   Most recently she garnered a new level of attention for her scathing report published last week in one of the oldest and most prestigious medical journals on the planet; the British Medical Journal or BMJ as it is most commonly known (The Scientific Report Guiding the US Dietary Guidelines: Is it Scientific?)

Every five years, government big wigs from organizations such as the National Institutes of Health and CDC, get together, have a few beers, look at the current research, and create the GUIDELINES that are supposed to be the shining beacon of light for American citizens to follow on our pathway to good health.  The only problem is, according to Teicholz, the current report….

“fails to reflect much relevant scientific literature in its reviews of crucial topics and therefore risks giving a misleading picture. The omissions seem to suggest a reluctance by the committee behind the report to consider any evidence that contradicts the last 35 years of nutritional advice.  The guidelines, which were first issued in 1980, have also driven nutrition policy globally, with most Western nations subsequently adopting similar advice.”

It seems that while the people in charge of said guidelines might be drinking the beers, the evidence is incontrovertible that they are ignoring the current research.  The two highlighted sentences above basically sum up Teicholz’s position — something I have been trying to educate my patients about for the better part of the past two decades.  It’s why the “evidence” in EVIDENCE-BASED MEDICINE must be checked, double-checked, and checked again before you even think about trusting it.  The same goes for medical guidelines.  HERE, HERE, HERE, and HERE are examples of the CHASM between the research side of medicine and the practice side of medicine.

It should be noted that whoever controls these guidelines, essentially controls a huge segment of the economy (HERE is an example of this phenomenon from a post I wrote just the other day).  In fact, the BMJ article goes on to say that, “the report is vulnerable to internal bias as well as outside agendas.”  In other words folks, we are talking here about financial conflicts-of-interest or COI (click the link if you think I am blowing hot air).

The drums Teicholz beats loudest are drums that I myself have beaten over and over again.  I have already mentioned the fact that contrary to mouthpieces like Dean Ornish, animal fats from good sources are not the ‘Great Satan’ they have been widely (almost universally) portrayed in the medical medical community and media to be.  The other drum has to do with LOW CARB DIETS (of which my favorite is PALEO).

Teicholz shreds the committee’s recommendations as far as what diets they think are best.  For years, our government promoted their deadly food pyramid, suggesting that we eat 7-11 servings of carbs (mostly grains) per day.  Once the pyramid was deep-sixed, they started promoting something that may have been even worse —- THE DASH DIET (aka “Mixed Balanced” diet), which, as crazy as it sounds, actually suggested consuming up to 12 servings of carbs per day.

MedPage Today’s staff writer, Parker Brown, wrote a recent article about Teicholz’s piece in BMJ.  In it he talked a bit about the reaction of Yale’s Dr. David Katz (HERE, HERE, and HERE are articles where I have mentioned Dr. Katz).  Parker said that Katz was “rather stunned” by BMJ, and defended the team’s work as, “promoting public health rather than favoring certain diets.”  Katz went on to say that, “The DGAC report is excellent, and represents both the weight of evidence, and global consensus among experts.  It is entirely in line with the persuasive experience of Blue Zone populations.”  What are ‘Blue Zone’ populations, you ask?   They are the parts of the world where people live longer.

The problem with this thought process is that much — maybe the majority — of the planet’s population would be considered to be “Third World,” or nearly so.   I have two daughters from Ethiopia.  Believe me when I tell you that inhabitants of the third world aren’t the least bit concerned about any government’s dietary guidelines.  Their only dietary concern is whether or not they are going to get something in their bellies today.  Of course Blue Zone populations are going to live longer — IN SPITE OF THEIR CRAPPY DIETS.  They actually have houses to live in, medical care, clean water, and THREE SQUARES A DAY.

Listen to the last two paragraphs of Teicholz’s carefully documented article.  Better yet, if you want to get a better idea of how far off the recommendations are from the current ‘science’ take a look at the article itself (a five minute read).

“The overall lack of sound science and proper methods in the 2015 report could be seen as a reluctance to depart from existing dietary recommendations. Many experts, institutions, and industries have an interest in keeping the status quo advice, and these interests create a bias in its favor. Abandoning the NEL review methods, as the 2015 committee has done, opens the door not only for bias but also for influence from outside agendas and commercial interests, and all of these can be observed in the report.

Given the ever increasing toll of obesity, diabetes, and heart disease, and the failure of existing strategies to make inroads in fighting these diseases, there is an urgent need to provide nutritional advice based on sound science. It may be time to ask our authorities to convene an unbiased and balanced panel of scientists to undertake a comprehensive review, in order to ensure that selection of the dietary guidelines committee becomes more transparent, with better disclosure of the conflicts of interest, and that the most rigorous scientific evidence is reliably used to produce the best possible nutrition policy.”

This is proof that while he may not have had everything right, Dr. Atkins was miles ahead of the curve when he wrote his seminal New Diet Revolution back in 1971.  Although he was not calling them such, he was the original mainstream promoter of the KETOGENIC DIET.  The problem is that the sugar industry won out thanks to their deep pockets (HERE, HERE and HERE).  If you know people who are still living in the 1980’s as far as their dietary habits are concerned, invite them into the present.  FACEBOOK is a great way to reach those you love and care about most!
Share on facebook
Facebook
Share on twitter
Twitter
Share on linkedin
LinkedIn
Share on pinterest
Pinterest
Share on reddit
Reddit