MSG, ASPARTAME, AND OBESITY
(Or Why in the Name of Corn on the Cob is there MSG in Vaccines?) 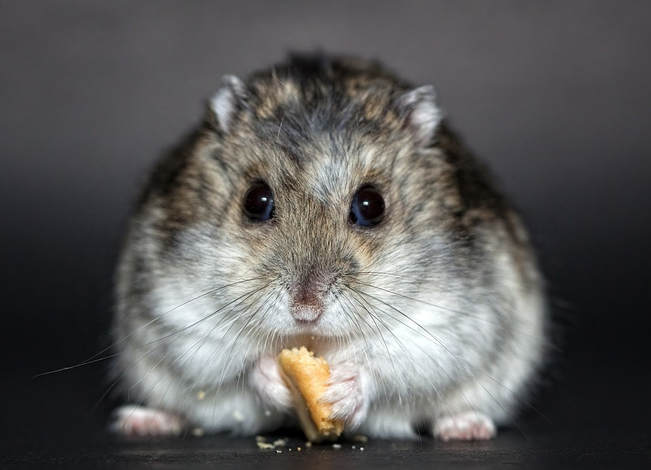 Lichtpuenktchen – Pixabay
Treatment of neonatal mice with large, repeated doses of monosodium glutamate (MSG) produces a syndrome of obesity and endocrinological dysfunction generally attributed to a hypothalamic lesion.  We have used single injections of MSG, administered on day four, to explore the lower end of the dose-response curve for this toxin. Major features of the MSG syndrome including hypophagia (trouble swallowing), obesity, hypoactivity (sluggishness), reduced pituitary protein content, decreased ovarian weight, delayed puberty and elevated plasma corticosteroid levels were obtained…….   From the Abstract of a September 1986 issue of Neurobehavioral Toxicology.  The study was called, Behavioral and Endocrinological Effects of Single Injections of Monosodium Glutamate in the Mouse

“Monosodium glutamate (MSG) is a widely-used flavor enhancer and stabilizer in ready-made or packaged foods. The excessive use of MSG has been shown to increase oxidative stress in different organ systems and causes glucose metabolism disorders, obesity, and coronary diseases.”  From the August 2016 issue of the Iranian Red Crescent Medical Journal

MSG (Monosodium Glutamate) is an interesting compound.  It is a “flavor-enhancer” and known excitotoxin, meaning that it has the ability to stimulate certain nerve pathways (taste buds on the tongue) and specific areas of the brain.  It’s part of the reason that MSG can be extremely addictive as well as being a known stimulator of other nerve pathways — particularly PAIN PATHWAYS. Unfortunately, it is found in mass quantities in virtually all processed foods. The problem is that you can never simply look for ‘MSG’ on a food label — you have to know all of the different names that MSG goes by.  Some of the names that different forms of MSG are hidden under include

It gets crazier from here.  If you look at the list found on the “Ingredients of Vaccines” page, which is found on the freakiest / scariest page of the CDC’s entire website (HERE), you’ll find among other fun things such as MERCURY (thimerosal), ALUMINUM, and FORMALDEHYDE; MSG (it’s said to be a “stabilizer”).  Once, however, you begin to understand what MSG does to the brain (make absolutely sure to watch Neurosurgeon, Russell Blaylock’s video at the bottom of the page), you might think twice about following governmental VACCINATION recommendations (HERE is my information on Flu Vaccines).  All the more troubling in light of what we know about ‘MSG Obese’ rats.  MSG-Obese rats? Huh?

You see, not only have we known for decades that MSG causes behavioral problems (see quote at top of the page), but scientists are well aware that it causes OBESITY.  How does MSG cause obesity?  By affecting certain areas of the brain, most particularly the HYPOTHALAMUS (one of the single most important parts of the entire brain).  This craziness is explained perfectly in the title of a 1997 study from the Department of Physiology of the University of Sao Paulo, Brazil —- “Monosodium Glutamate (MSG)-Obese Rats Develop Glucose Intolerance and Insulin Resistance“.

Think about it for a moment; this is one heck of a combination.  An intolerance to Glucose means that higher levels of blood sugar are going to give you such a wide array of physical and mental problems I can’t even begin to mention them all here.  But it doesn’t end here; resistance to insulin means that it takes more and more insulin to get the glucose out of your blood and into your cells, leaving you with the dangerous combination of perpetually high blood sugar and perpetually high insulin levels (HERE or HERE).  As we move forward, let me hit you with a few recent study titles showing the phenomenon of MSG or Hypothalamus Rats — the process that scientists use to purposefully induce obesity.

Let me start by saying that there is no naturally occurring breed of rats.  This can make things particularly difficult for scientists wishing to use rats to study OBESITY.  If you go to PubMed — the huge governmental database of peer-reviewed scientific / medical studies — you’ll see something so shocking that it is hard to believe it’s true; the fact that scientists are creating obesity simply by giving newborn pups an injection of MSG (see titles above — don’t worry about the technical aspect, just realize that MSG causes obesity by destroying the hypothalamus).   This whole mess is one of the chief reasons I told you just the other day that the government’s designation of GRAS (Generally Regarded as Safe) is an utterly outdated concept that needs to change (HERE).

Since rats are the test-animal of choice for doctors studying drugs; when scientists need obese rats for their drug studies, and since there are no naturally occurring breed of rats, they must create their own.  How do they do this?  They inject them with MSG shortly after birth, scrambling their hypothalamus and areas of the brain that control satiety (the ability to sense ‘fullness’ after eating).  Thus, we now have rats that eat and eat and then eat some more, gaining weight like there’s no tomorrow simply because they never feel full.  If you go to PubMed and start searching terms like MSG Obese Rats, MSG Obesity, or any dozens of others (there are just about as many terms for this as there are names for MSG), you will find hundreds upon hundreds of studies similar to what you are seeing today — some of them dating back to when I was in grade school (and I’M A GEEZER). What does the MSG industry have to say about this?

MSGFacts dot com, the official site of MSG manufacturers, touts this sort of thing as one of the added benefits of MSG.  That’s right folks, this is how they spin MSG’s addictive qualities. “Studies have found that adding MSG to certain foods, such as soup and mashed potatoes, has been successful in increasing the food intake of institutionalized elderly populations.”  Yay!  Give individuals in the old-folks home MSG-laced grub so that they’ll eat more of it.   You can bet your bottom dollar that the MSG manufacturers are also aware of the evidence linking MSG to almost every neurological problem you can name (PARKINSON’S, ALZHEIMER’S, ADD / ADHD, DEPRESSION, MIGRAINE HEADACHES, ASTHMA, DIABETES, FIBROMYALGIA as well as a wide variety of GUT HEALTH problems).

So, whether you are a lab rat or a person trying to maintain your weight; just remember that MSG is going to cause you to gain weight in at least three different ways.

By the way, Glutamate (the most abundant neurotransmitter in the body) is intimately related to the amino acid Aspartate, which Aspartame is made from.  Aspartame causes the exact same brain lesions as does MSG.  This is why current research has shown for decades (plural) that DIET SODA WILL ACTUALLY MAKE YOU FATTER (much fatter) than regular soda.  Truthfully, this is the sort of information which, if you are breathing, have a pulse, and care about your family, you should know about.  Reach the people you love and care about most by liking, sharing, or following on FACEBOOK.