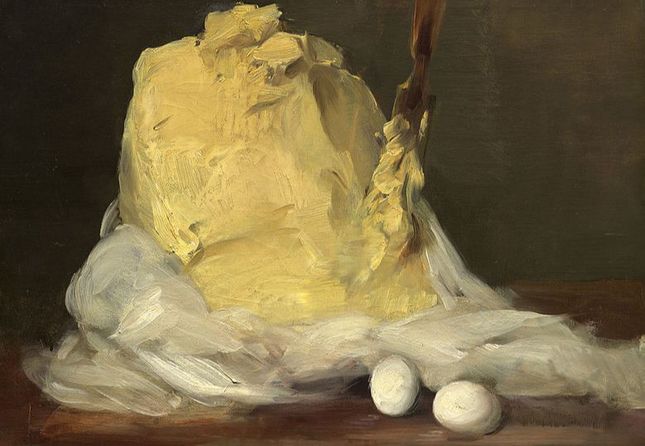 A few days ago I received a request from The Diabetes Council of Hyde Park, NY to be part of an “expert” panel (word used loosely in relationship to myself) on DIABETES, and provide a short article on the subject.  I decided to do it, and below is the article I provided them. I was specifically asked to answer three questions….

The following is the paper I sent them (HERE are the offerings from the 27 experts, including Dr. Barry Sears).  If you look at the link, you’ll see why I always got demerits for not quite following directions.

Although some experts argue otherwise, the number of people with blood sugar dysregulation issues continues to explode in both America and around the world. Not only are there about thirty million type II diabetics in the US, an estimated three times that number have pre-diabetes, also known as Cardiometabolic Syndrome (2/3 of our population is overweight or obese as well).  While this is certainly depressing, every dark cloud has a silver lining.  Fortunately, most of it can be reversed by changing your lifestyle.

Lifestyle changes become even more critical once you realize studies continue to show that while diabetes drugs do a decent job of lowering blood sugar, they do a negligible job of changing end points, i.e. improving outcomes such as heart attacks, strokes, or death. Furthermore, blood sugar dysregulation — the hallmark of type II diabetes — is linked via peer-review to almost every health problem you care to mention, including cancer.  This health crisis can be traced back to two distinct but interlinked issues; the growth of the processed food industry and our government’s fifty-year war on dietary fat.

In the 1950’s, public health officials realized that heart disease (including fatal heart attacks) was skyrocketing in American men.  By the 1960’s, two schools of thought had formed around this problem. The first, championed by Dr. Ancel Keys and his infamous ‘Seven Nations Study,’ claimed that saturated animal fats were the cause, while the second, by Dr. John Yurdkin, claimed that increased processed carbohydrate and sugar consumption was the culprit.  Thanks to recent revelations showing how the sugar industry has been paying off high level researchers since at least 1964 (Project 226), we now know why Keys won and Yurdkin faded into relative obscurity.  The problem is that even though peer-review is now clear on this subject, old habits die hard.

Instead of promoting Paleo, Ketogenic, LCHF, Atkins, or other similar ‘Low Carb’ diets, far too many health professionals continue to live in the distant past, touting variations of the old “Low Fat” way of thinking.  The result of health care leaders not completely abandoning Keys’ failed paradigm is a nation crippled by the twin epidemics of type II diabetes and obesity.  This helps to explain why when it comes to treating diabetics using diet, the difference between medical practice and medical research has become a chasm that oftentimes makes the Grand Canyon look like a roadside ditch.  The good news is that you can take matters into your own hands.

CURRENT EVIDENCE-BASED GUIDELINES for treating those with type II diabetes reveal not only how effective this approach is, but how safe it is as well.  In fact, it’s so safe that you don’t need a doctor’s “OK” to get started.  And for the few of you that have given it an honest shot but had only limited success, there is likely an answer for you as well.  The key is realizing that type II diabetes is not so much a “sugar” problem as it is an “inflammation” problem.

Some might be shocked to learn that type II diabetes falls into the same category of illnesses (Chronic Inflammatory Degenerative Diseases) as arthritis, heart disease, asthma, most digestive problems, most autoimmune diseases, most chronic pain, and even cancer.  The doubly good news is that by finding and solving the underlying inflammation, most of you — even many of the difficult cases — will respond favorably, not only as far as your blood sugar is concerned, but with many of your other health problems as well.

The guidelines are there for all to see, written by over thirty medical doctors and biomedical researchers.  Use them to your advantage as you start the process of regaining your health and taking your life back.

WHY CANT WE BREAK FREE FROM KEYS’ MISGUIDED AND OBSOLETE PARADIGM?

Not surprisingly (HERE), the thing that seemed to get people’s goat was the statement, “Old habits die hard….. far too many health professionals continue to live in the past, touting variations of the old “Low Fat” way of thinking.”  Not only is it true, it’s still being promoted at the highest levels of government and public health, despite MOUNTAINS OF EVIDENCE to the contrary.

Being a long time subscriber to MedPage Today, as well as being a fan of at least some of the work of DR. WALTER WILLETT, I was intrigued by the title of the article in my inbox, Pearls From: Walter C. Willett, MD, DrPH: Setting the Record Straight on the Great Butter Debate.  But I was frankly shocked at the gist of his three and a half minute video.

Dr W started out by saying, “There has been a lot of confusion about the role of butter in the diet.”  After this, he started dredging up some of the same old drivel about animal fats, and particularly saturated animal fats that I have heard since I was a kid.  Believe it or not, he actually compared eating butter to eating “refined carbohydrates and starch,” calling calories from either, “a wash” as far as your health is concerned.  He then went on to tell us what is better than butter (say that three times fast).

“Liquid plant oils like soybean oil, olive oil, canola oil, pretty much all the liquid vegetable oils; those plant oils are going to be a whole lot better than butter. Whenever you have a chance to replace butter with something that’s healthier, basically the liquid vegetable oils, that’s going to be a better choice, both for improving blood lipids and for reducing risk of heart disease in type 2 diabetes.”

Holy Toledo!  Did I just hear what I think I heard? Take the olive oil out of this equation and we just climbed into Dr. Brown’s DeLorean and went back in time thirty five years —- TO THE 1980’s! (or even further back; to ANCEL “DISCREDITED” KEYS’ crazy study).  I guess this is not surprising considering Dr. Willett helped write the American Heart Associations brand new (and extremely misguided) dietary recommendations for fat consumption (HERE).

I’ve shown you previously how bad SOY BEAN OIL is for human consumption.  The thing is, this is true of any of these refined oils that are made by heavy use of chemical solvents — also true of any olive oil that is not “extra virgin”.  BTW, my advice for oils / fats is rather simple; EVOO for salad dressings or foods you do not heat up, and Coconut Oil (or –gulp — butter / lard) for those you do.  If you decide to take a look at the article for yourself; quick suggestion.  Skip straight to the comments as they are far more interesting (and enlightening) — and mostly from the medical profession.

As for butter, it’s kind of like the debate currently going on over SALT.  Not only can you can click the link to see that I’ve been saying for a very long time that extreme salt restriction is extremely stupid, the international community once again ripped the US (see MedPage Today’s article from last week called CardioBrief: International Experts Call Sodium Guidelines Far Too Restrictive).  Why is it so critical that we get the answer to this “conundrum” correct?  Namely because the whole mess is perpetuating itself in our nation’s children.

This month’s issue of Pediatrics (Parental Obesity and Early Childhood Development) looked at obese parents as their own distinct EPIGENETIC FACTOR in childhood development (we already know that overweight parents tend to have overweight kids). Guess what?  It turned out exactly how you thought it would.  “Compared with normal/underweight mothers, children of obese mothers had increased odds of failing the fine motor domain.  Paternal obesity was associated with increased risk of failing the personal-social domain. Children whose parents both had BMI over 35 were likely to additionally fail the problem-solving domain.  Findings suggest that maternal and paternal obesity are each associated with specific delays in early childhood development, the ability to control movement of small muscles, such as those in the fingers and hands, social competence, and problem solving ability.“

Why do I mention this?  Namely because the two problems being discussed today — diabetes and obesity — are bound together tighter than Laurel & Hardy.  And with over half our population coping with diabetes or pre-diabetes (HERE), we need good, solid advice.  Not the same OLD REHASHED AND REPACKAGED FARE dressed up to look like something new.

Dr. Schierling is licensed chiropractor and world-renowned for intervention with persistent chronic pain. Dr. Schierling focuses on a holistic approach to helping end his patients’ chronic pain that includes Scar Tissue Remodeling Therapy.
All Posts »
PrevPreviouslots of visits or lots of relief? the choice is all yours
Nextthe tethering effects of scar tissueNext