what is a pulled muscle?

WHAT IS A PULLED MUSCLE? 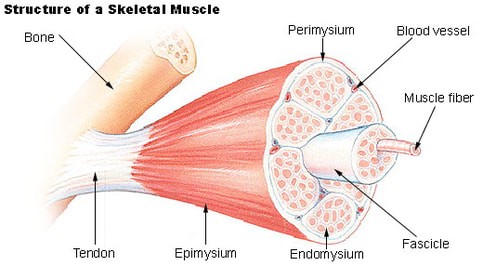 CAN A PULLED MUSCLE LEAD TO CHRONIC PAIN?

Back in 1996, the American Journal of Sports Medicine published a paper called Muscle Strain Injuries.  In it they stated (cherry-picked as are most quotes on this page), “One of the most common injuries seen in the office of the practicing physician is the muscle strain.  Findings from the laboratory indicate that certain muscles are susceptible to strain injury (muscles that cross multiple joints or have complex architecture). These muscles have a strain threshold for both passive and active injury. Strain injury is not the result of muscle contraction alone, rather, strains are the result of excessive stretch or stretch while the muscle is being activated.  The risks of reinjury have been documented. The early efficacy and potential for long-term risks of nonsteroidal antiinflammatory agents have been shown.”  What I want you to notice here is two distinct things.

Firstly, take note that these injuries tend to occur in muscles that cross more than one joint.  This is of particular interest in the spine, where some muscles (like the spinal errectors) might cross dozens (every disc and facet in the spine).  And secondly, take note of what’s said about NSAIDS — short term relief is traded for potential long-term detriment.  Two orthopedic surgeons / Ph.D researchers from the University of North Carolina, writing for Medscape (Muscle Strain Injuries: Research Findings and Clinical Applicability) validated this fact. “Nonsteroidal anti-inflammatory agents may be of some benefit for the early treatment of pain control and functional improvement. However, the delay in the repair process seen histologically raises concern regarding long-term treatment.”  Because these injuries are so common, what’s a person supposed to do if they decline the drugs?  And for the record, a quick peek at the current literature (HERE for example) reveals that CORTICOSTEROIDS are never (that would be never as in “never”) indicated for these sorts of injuries, as they tend to destroy ligaments, tendons, bone, cartilage, muscles, etc — any tissues based on COLLAGEN.

This was confirmed by eight Belgian researchers writing for ISRN Orthopedics (Treatment of Skeletal Muscle Injury: A Review) who stated back in 2012 that, “Inflammatory cells play an important role in the healing process of an injured muscle. Therefore, the use of drugs that inhibit these cells, such as NSAIDs, is questioned. Basically, NSAIDs should be given no sooner than 48 hours following exercise-induced muscle injuries to provide analgesia and to reduce the early inflammatory response. Earlier use can interfere with the cell chemotaxis that is necessary for the repair and remodeling of regenerating muscle. Prolonged use of NSAIDs (over 7 days) is not recommended as it would delay muscle regeneration by inactivating the proliferation and differentiation of satellite cells and inhibiting the production of growth factors. It would also reduce the biomechanical strength of the injured muscle and delay elimination of the haematoma and the necrotic tissue.”  And this, folks, is where things start to really get interesting.

The authors then talked about some of the inflammatory mediators and growth factors known to be responsible for the healing process (I’ve talked about most of them HERE).  The authors spoke at length about which factors should be chemically blocked, and likewise, which factors could be injected into the muscle in order to promote healing and limit FIBROSIS (the medical word for SCAR TISSUE). They also talked a bit about stimulating FIBROBLASTIC ACTIVITY via similar methods.  Cool stuff I suppose, but I am interested in what can be done without lots of tinkering with injecting an array of substances that undoubtedly have consequences that are not well understood (HERE).

When the Muscle Pull is severe (Grade II or III), the muscle belly and even its TENDON can be injured / torn (a Grade III constitutes a total tear of the muscle or tendon).  There may be bruising as the capillary beds that supply blood to the tissue are traumatically broken.  Be aware, however, that most of the time, pulled muscles, while they may be exquisitely painful, do not present with the bruising indicative of tearing the muscle belly itself.  Most of the time, the tissue that is actually “torn” is Fascia.  Hint: never underestimate the potential seriousness of an injury like this just because it’s in the Fascia instead of the Muscle (HERE).

FASCIA is the cellophane-thin, yellowish-white, membranous tissue that is attached tightly to the outside of the muscle as well as the outside of every “tube” (in the pic at the top of the page, every layer of “mysium” is Fascia).  The Fascia acts in a similar fashion to the way that your sub sandwich comes wrapped in wax paper to keep it from falling apart.  Pay attention to a couple of interesting ‘fun facts’ that when added to the same pot and stirred together, have the potential to cause CHRONIC PAIN. Fascia — excepting maybe the plantar or THORACOLUMBAR FASCIA — cannot be imaged with even the most advanced technology such as MRI (HERE).  When you add this to the fact that is is arguably the single most pain-sensitive tissue in the body, you can see a potential recipe for disaster — a “PERFECT STORM” if you will.  But let’s take it a step further.

Normal Fascia is like well-combed hair.  The fibers run parallel to each other, and provide both strength and elasticity.  Due to the repetitive injuries seen in sports, weightlifting, running, dancing, etc, people can end up with layer upon layer of injured tissue (FIBROSIS).  This tissue is in no ways like the tissue around it, and in opposition to the coifed hair mentioned earlier, is more like a HAIRBALL.

It has poor mobility, it has a diminished blood supply, it does not oxygenate well, it is usually acidic, and it can be up to (Dr. Chan Gunn says “over”) 1,000 times more pain-sensitive than the tissue around it. And remember; it cannot be imaged well.  And while an intensive stretching and strengthening protocol sounds nice, you may very well be putting the cart in front of the horse (HERE) — in fact, one of the studies mentioned earlier said that regular “therapeutic” stretching of a muscle to more than 70% of it’s max, meant a much greater chance of being injured.  Trying to stretch out and strengthen scar tissue without first breaking the scar / fibrosis / adhesion, is like trying to untie a loosely knotted rope by pulling on both ends as hard as you can.  Can you see why so many people tell me their Therapy protocol made them worse (HERE)?

A REAL-LIFE EXAMPLE OF FASCIAL INJURY
AND SUBSEQUENT ADHESIONS

Let me give you an example of all of this in the arena of an MVA (Motor Vehicle Accident).  You are sitting at a stoplight minding your own business and maybe listening to some AWESOME MUSIC, when a 16 year old high school kid plows into you with his dad’s brand new Chevy Silverado.  Of course he was going about 25 mph over the speed limit, and of course he was texting, so of course he didn’t hit his brakes until his bumper was buried in your headrest.  The result is a WHIPLASH INJURY — torn tissue that does not show up on the X-ray or MRI they did at the Emergency Room.  The ER doctor tells you to make an appointment with your regular doctor tomorrow, then gives you some PAIN PILLS, NSAIDS, and MUSCLE RELAXERS, all while telling you that you’ll be just fine because nothing is broken — the soreness will go away in a few days.  Then they send you home.  But you’re not fine.

I saw a woman a few days ago whose story was much worse than the generic above.  She was T-boned twice — the first time about 15 years ago and the second time about ten years ago.  She was not only struggling with neck pain and headaches, she was struggling to even move her neck at all.  Instead of being able to turn her head and put her nose over her shoulder (90 degrees), she had about 5 degrees of rotational motion bilaterally (HERE).  She had been to chiropractors and therapists at least 100 visits each (HERE).

After breaking her Fascial Adhesions, she was out of pain —- immediately.  The really neat thing, though, was the fact that her Range of Motion went from almost nothing, to about 60 degrees on one side and about 50 degrees on the other —- even before I adjusted her, with about 45 degrees of extension (the most important ROM in the cervical spine).  I am confident that three or four more treatments will return her neck to its proper motion (she can then get started in Phase II, with a Dakota Unit).  The problem is, and I see it all the time, that 10 years of diminished mobility and abnormal function have left her with a nasty case of DEGENERATIVE ARTHRITIS.

If you want to understand what it will take to solve these sorts of problems after they have become chronic (long-standing), I broke it down for you into two simple sections — PHASE II and PHASE III.  A failure to deal with soft tissue injuries (including muscle strains) in a stepwise fashion, dramatically increases your chances of failure, opening the door ever wider for Chronic Pain to start making its way in.  And for those of you already struggling with Chronic Pain (or Chronic Illnesses), make sure to take a couple of minutes and READ THIS.  Oh, and if you are one of those folks trying to cope with CHRONIC TRIGGER POINTS (different than muscles strains or scar tissue, but just as miserable) you might want to take a look at the link.
Share on facebook
Facebook
Share on twitter
Twitter
Share on linkedin
LinkedIn
Share on pinterest
Pinterest
Share on reddit
Reddit