why dieting fails to stop cravings

﻿ARE YOU BEING CONTROLLED BY YOUR CRAVINGS?﻿ 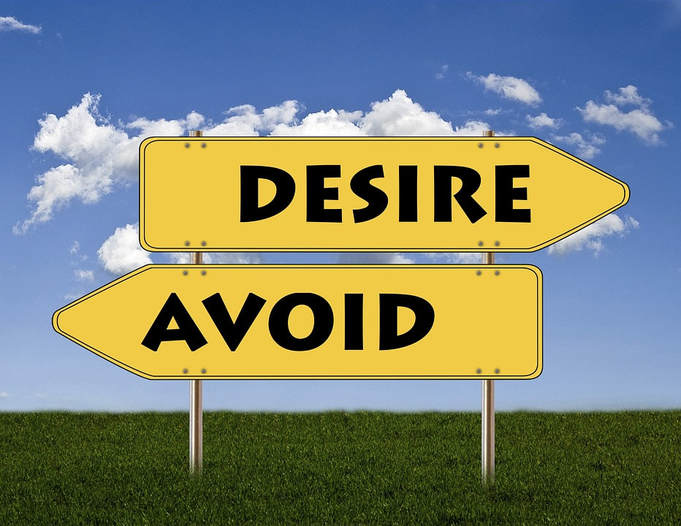 John Hain – Carmel/United States – Pixabay
“In fact, another recent study, from the International Food Information Council Foundation, showed that about 55% of people are trying to drop some weight.  The NPD research shows that ‘the desire to lose weight is much greater than the percentage of people who are on a diet,’ Balzer says, adding that almost 60% of adults want to lose at least 20 pounds.  People may be more accepting of their weight because that’s easier than trying to exercise and eat less, says Harry Balzer, NPD’s chief industry analyst.”   Nanci Hellmich from the January 2013 issue of USA TODAY

“108 Million; the number of people on diets in the United States. Dieters typically make four to five attempts per year.”  From the May 8, 2012 issue of the ABC News (100 Million Dieters, $20 Billion: The Weight-Loss Industry by the Numbers)

“Dieting doesn’t work. No really, it doesn’t. Much as people like to talk about how the things they are sticking to are “lifestyle changes”, etc, a lot of them (but not all) are still diets, still ways of restricting your eating, and over 80% of them will fail. By fail, scientists mean that you will gain back all the weight you lost, and then some, within five years. This is not only bad because of the weight people end up gaining, but some people believe that the “yo-yo” dieting style itself can contribute to the beginning of metabolic disorders later in life.”  From the intro of a February 2011 article called Dieting, Stress, and the Changing Brain found on the website Neurotic Physiology

“Dieting or restrained eating generally increase the likelihood of food craving while fasting makes craving, like hunger, diminish. Attempted restriction or deprivation of a particular food is associated with an increase in craving for the unavailable food.”  From the abstract of a paper (The Psychology of Food Cravings) done by the Academic Unit of Psychiatry & Behavioral Sciences at the University of Leeds Medical College, London

“Americans tend to give themselves high marks for healthy eating, but when we asked how many sugary drinks, fatty foods, and fruits and veggies they consumed, we found that their definition of healthy eating was questionable.”   Nancy Metcalf of Consumer Reports Health, speaking about a recently completed poll.  The quote itself was taken from the January 4, 2011 issue of Discovery Health (Americans Falsely Believe Their Diet Is Healthy).

Americans lead the world as far as CHRONIC INFLAMMATORY DISEASES (including OBESITY) are concerned, with about 2/3 of our adult population being categorized as ‘overweight’.  It stands to reason (as seen in quotes from above) that at any given moment, a huge segment of our population is on some sort of diet.    On top of all this, only about 10% of our population admits that their diets are in desperate need of attention.  Needless to say, it’s not difficult to see that there is a serious disconnect taking place here.  Much of this has to do with the fact that measuring calories is an extremely poor method of dieting (HERE).  But much of it has to do with the way we think about food and dieting.

How often in the course of our lives have we been treated or rewarded with food that could only be described as “Extremely Unhealthy”?  And if we are trying to lose weight, how many of us sabotage our own efforts by working towards and endpoint — a “goal” weight that once we get there, we don’t know what to do or where to go (other than maybe reward ourselves with the very food we have been avoiding).   We end up with a love / hate relationship with food that typically leads to some sort of ADDICTION or eating disorder.  And to top it all off, the study where the final quote at the top of the page comes from, tells us that 90% of us are fooling ourselves — fooling ourselves into thinking we are eating healthy, when the reality is something quite different — often, radically different.

A ‘diet’ requires that you spend your day thinking about all the ways you’ll have to swap dietary “this” for dietary “that”.  Your every thought is on depriving yourself, and the various ways you’ll accomplish this today.  Talk about wearing yourself out!   It’s a lifestyle of withholding and withdrawal.  Oh; don’t get me wrong; unlike traveling in Arkansas, you can actually get there from here.   The problem is, you will wear yourself out, mentally, physically, and emotionally, doing so.   I would suggest to you that there is a better choice —- a choice made with your best interests in mind.   Why not try investing in yourself, instead of depriving yourself?

Although it is not the reality for many people, you should be enjoying a healthy journey as opposed to always looking forward to that fleeting and ever-changing destination.  The best lifestyles and ways of eating are not concerned with merely counting down the pounds.  Instead, it’s about learning a new lifestyle (HERE is an example of what I am talking about).  It’s time to REINVENT YOURSELF!  But managing CRAVINGS / ADDICTIONS is paramount to change — particularly in the beginning.  So what is a person to do with this problem of cravings, and what does it all mean?

I have told you over and over again that radically changing your diet can be tough.  I won’t lie; the first week of cravings can be brutal.  However, I have also told you that if you can get through the first week, the cravings diminish significantly.  And the longer you go, the easier it gets.  The problem is, we allow ourselves to fall off the wagon just a little bit.  While it’s true that many people can handle just a “taste” of chocolate cake and be fine with it, many of you (maybe the majority of you) either already know or will quickly realize that your one bite of cake will ignite a craving that can easily be fanned into a raging wildfire.  And when you feed that wildfire, you will throw a major wrench in your physiology and metabolism (not to mention your head space).   Yes, lifestyle changes are tough.  The problem is, in the long run, diets are much tougher.
The fact that Yo-Yo dieting can leave one heavier than ever has been widely documented in the scientific literature for decades.  We are only recently beginning to understand some of the specific pathways of how a cycle of dieting and binging can lead to changes in the BRAIN, BLOOD SUGAR REGULATION SYSTEM, and even your GENE’S.  We will take just a few moments to look at some studies that show what I am talking about here.  But please bear in mind; I could have literally written a multi-volume series of books on this topic as there are literally thousands of such studies out there.

It all seems to come back to this misguided idea of a diet as restriction / starvation / deprivation, and the fact that our very nature_s rebel against this.  The cool thing it, this last study above reveals the secret to making permanent changes.  When it comes to WEIGHT LOSS, we must be, “comprehensive, persistent, and redundant“.  The only way to accomplish this is to change your thinking so that you can truly alter your “lifestyle” as opposed to merely meeting a goal weight, and wondering what to do next now that you have gotten to that ‘magic’ number on the scale.

Although there are all sorts of ways that people find it within themselves to stay the course and change their eating habits for good, I truly believe that most of it comes down to education.  I told you my story recently (HERE).   I had always believed that because I was well-built, athletic, and worked out, I was healthy.  I was a “HEALTH PHARISEE“.  Once I made the connection that my health was far more than my weight, and that subsequent INFLAMMATORY DISEASES would do me in before my time (or at the very least, hamper my ability to help those struggling with Chronic Pain and Chronic Illness (﻿HERE﻿), I became extremely motivated to do better in this area.  I am no different than you, in that I sometimes get cravings.  At times I even fall off the wagon.  However, I have learned that if I choose not to feed these cravings, they do not tend to last very long or rear their ugly heads very often.  Which helps keep me on the wagon.

However, if I get stupid and decide to feed a craving, I can become a true nut-case.  This is because, as you have seen, not only do diets not “solve” your problems, they actually feed them and make them worse.  If you truly want to defeat the “fat” monster and get healthy in the process, you are going to have to educate yourself and come up with some good reasons (these need to be personalized) as to why this is something you must do.  You are going to have to learn why changing your lifestyle is going to save your life (and why not changing it might kill you), and you are going to have to figure out what triggers your overeating / binges and cravings.  For instance, if you are still bringing things into your house that you know darn good and well neither you nor your family should not be putting in your mouths; stop it already!

Listen to what Mark Sisson of MDA has to say about dealing with cravings.  “Psyche yourself out of deprivation thinking. We can say cutting out wheat or other unhealthy foods is depriving ourselves, but I think there’s an important distinction to be made between depriving ourselves of things we need/things that are good for us and eschewing those things that don’t serve our well-being. Giving up something doesn’t automatically impose deprivation. Giving up cigarettes isn’t deprivation. While we might miss a French baguette, a smoker likely misses cigarettes. Sure, for most of us a baguette isn’t as bad as a cigarette. Nonetheless, we’re still not doing ourselves any favors when we eat it. Sometimes taking certain things off the table entirely is necessary for health. Coca-Cola will tell you their soda can be part of a “balanced diet,” but that’s a b.s. brand of balanced. Intellectually reason with yourself here, but let it work on an emotional level. Picturing the round contours of the baguette and thinking of a bloated wheat belly can be one way to psyche yourself back to reality. Likewise, imagining the massive carb spike playing out in your body sending off inflammation alarms in every cell could do it for some people. It might take a more unsavory image or memory of last time’s fifteen trips to the toilet to make you turn away.“

There’s a lot of meat in his words.  He speaks of the “carb [Insulin] spike” leading to serious “inflammation“.  I wrote on this subject just last week.  And not to toot my own horn, but if you do not understand the material in THIS POST, you will continue to struggle with your weight, and you will watch as your health continues to snowball its way downhill.  Educate yourself.  Don’t give up.  You can do this thing.  You can change your life — radically, and for the better.  No; it will not be easy.  But the longer you stick with it, the easier it gets.  Change your way of thinking and change your lifestyle.  Attack it like your life depends on it — because in all reality; it does.